Get Bigger and Stronger Delts with These Exercises Get Strong Shoulders with These Workout Tips

These full-blast workout routines focus on the three parts of your deltoids, resulting in stronger, bigger shoulder muscles. If you want cannonball delts, grab your weightlifting gloves and get to work with these routines!

For each of these moves, you should use an amount of weight that results in muscle failure by the specified reps. Before beginning any of these workouts, warm-up for ten minutes and stretch your muscles.

What are your favorite shoulder-strengthening workout moves? Share your best tips for getting ripped delts with our readers in the comments section below! 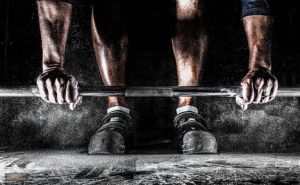 6 Awesome Exercises to Strengthen Your Back

Building your back makes your waist appear smaller and brings your overall physique to the next level. An effective workout routine needs to incorporate exercises… Intro to Kettlebell Exercises for Women

Looking to eliminate the intimidation and discover the exciting, toning benefits of adding kettlebell exercises for women to your training routine? Perhaps you’ve tried out dumbbells and… The 4 Secret Benefits of Weight Training You Didn’t Know How Weightlifting Gloves Can Help Your Workout

Of the many different forms of physical fitness available to those who want to stay in shape, one favorite has been weightlifting due to its… Weight Training for Weight Loss? Here Are 4 Things You Should Know

You’ve been spending hours a week exercising, but maybe you’re not seeing the results you desire. If your goal is weight loss but your time…